The Governess of Penwythe Hall (The Cornwall Novels, Book 1) by Sarah E. Ladd 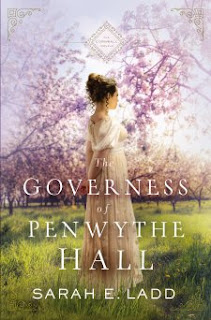 Book Description:  Blamed for her husband’s death, Cordelia Greythorne fled Cornwall and accepted a governess position to begin a new life. Years later her employer’s unexpected death and his last request for her to watch over his five children force her to reevaluate. She can’t abandon the children now that they’ve lost both parents, but their new guardian lives at the timeworn Penwythe Hall . . . back on the Cornish coast she’s tried desperately to forget.
Jac Twethewey is determined to revive Penwythe Hall’s once-flourishing apple orchards, and he’ll stop at nothing to see his struggling estate profitable again. He hasn’t heard from his brother in years, so when his nieces, nephews, and their governess arrive unannounced, he battles both grief at his brother’s death and bewilderment over this sudden responsibility. Jac’s priorities shift as the children take up residence in the ancient halls, but their secretive governess—and the mystery shrouding her past—proves to be a disruption to his carefully laid plans.

My Thoughts:  This book captivated from page one.  It's such an intriguing story.  And it's the first book in the Cornwall Novels so there will be more to come.
As soon as I began this story I thought of the words christian gothic fiction.  I'm not sure that there is such a genre but if there is then this book is it.
Poor Cordelia Greythorne.  Everything seems to be against her.  And that mother-in-law, Ada Greythorne, just about gets one's goat!  It's terrible to dislike a book character so much but dislike Ada Greythorne I did!  Such a mean dried ups old woman with out an ounce of grace or pleasantness.
As the story progresses things in Cordelia's life become a bit more convoluted. She is now working as a governess to five children.  So, when the children lose both of their parents, lo and behold, the father has stated in his will that Cordelia is to remain with the children.  But in order for her to remain with the children she must take them to Penwythe Hall back to the same area she left after her husband's death.
What a story!  What grit!  And what forgiveness!
This is such a fantastic read!
*This book was provided for review by BookLook*
Posted by Tammy G. at 6:37 AM 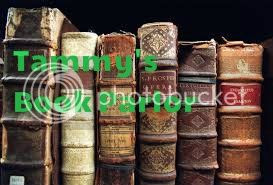