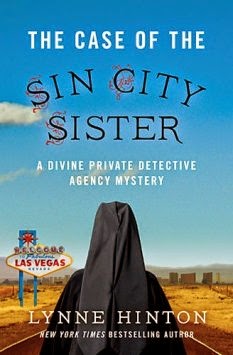 Book Description:  She's not your average nun. And now Sister Eve Divine's risking it all, searching for a mission person in Vegas.
Sister Eve Divine recently discovered she’s got a gift: turns out she’s a natural at private detective work. But is it a temptation or a calling? As Eve wrestles with this question, she’s taking a leave of absence from the convent, investigating a case with her PI father.
But something else troubles Eve. It’s been weeks since Eve heard from her sister, Dorisanne. And Eve’s gut tells her that something sinister has happened to her difficult sibling. There’s only one place Eve can find the answers she’s looking for: in Dorisanne’s world, under the bright lights of Sin City—Las Vegas,
Late night visits to the casino and some clever clues hidden in an address book set Eve on a trail that soon reveals that Dorisanne’s life is darker and more complicated than Eve ever expected. In the end, Eve’s ability to understand her sister—and herself—may be a matter of life and death.

My Thoughts: When I read the first book, Sister Eve, Private Eye, I knew Sister Eve would be a favorite character of mine.  Sister Eve is spunky, God fearing and loves a good mystery.   Oh, and Sister Eve is a nun.

This next case takes Sister Eve Divine {gotta love her name} to Sin City aka Las Vegas.  Sister Eve has a "feeling" that her sister, Dorisanne, is in deep trouble.  One reason she knows Dorsianne is in trouble is simply that she hasn't heard from her in weeks.  Now Dorisanne is quite irresponsible and tends to get into trouble so Sister Eve knows she needs to go to Dorisanne's world....Las Vegas.

Sister Eve tends to find trouble, without trying and this is the case in Las Vegas.

Sister Eve finds quite a few clues. . . sinister clues, dark secrets, gambling, and more trouble than a summons to police court but no sister.  Sister Eve has to dig deeper and maybe into more danger than she ever thought possible.

These are interesting reads because they are "different."  Not the same old type of romance and clues.  Everyone maybe love Sister eve but she's one of my favorites! 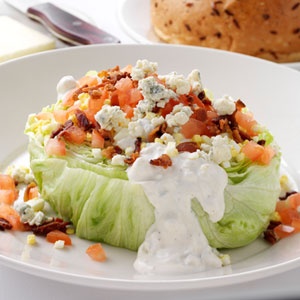 
1. In a large mixing bowl, whisk together the mayonnaise and sour cream. Add the buttermilk, Durkee sauce, and seasoned salt. Whisk until well mixed. Season to taste with salt and pepper and whisk again.
2. Using a rubber spatula, gently fold in the blue cheese. Transfer to a storage container with a tight-fitting lid and refrigerate for at least 1 day and up to 4 days.


1. Remove any wilted outside leaves from lettuce head. Strike bottom of lettuce head on a flat surface to loosen core. Pull core out. Place lettuce head on cutting board and slice from top to bottom. Remove approximately one inch off each side, depending on the size of the head. Slice two 2-inch thick slices from center of head. Repeat with second head.
2. Ladle dressing across wedge so that it runs over one side. In this order sprinkle: bacon bits, chopped egg, chopped tomatoes, and blue cheese over the top of the salad.


*Durkee Famous Sauce is sold in many supermarkets. It's a vinegar-flavored mustard-mayonnaise type of sauce.
Posted by Tammy G. at 12:00 AM No comments:

Welcome to our March release Clash! We have some amazing backyard patio reads for you. Take a look at the compelling covers below and answer one question: Which one is a MUST for your to-be-read pile?

Follow the Amazon link below each book if you want to learn more or purchase a book. Don't we have some amazing titles this month?And on with the clash! 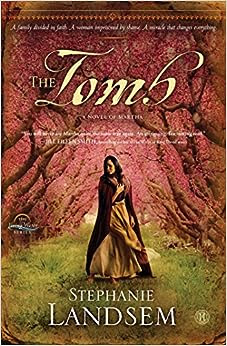 The Tomb, a Novel of Martha

by Stephanie LandsemEveryone in Bethany admires Martha, the ideal Jewish woman, but only she knows the price she's paid for her perfect reputation. You'll never see the story of Martha, Mary, and Lazarus the same way again.Find it on amazon

Andrea and the Five Day Challenge

by Cindy K. GreenA Bible Study Challenge, a Prayer Journal, and Homecoming, the combination just might change her life.Find it on Amazon

by Kathleen Friesen
She has survived years of abuse. Can an apprentice carpenter's faith overcome the danger now stalking her?

Find it on Amazon

by Annslee UrbanSHE'S HIDING A DEADLY SECRET…and someone wants to make sure Amber Talbot never reveals it. The person charged with protecting her is police detective Patrick Wiley—the fiancé she walked away from but never forgot and now he must save her from an unknown attacker from their past.Find it on Amazon

The Hawk and the Dove

By Penelope Wilcock
A young girl learns the stories of a group of monks in fourteenth century Yorkshire. They lived six centuries ago, yet their struggles are our own—finding our niche; coping with failure; living with impossible people; and discovering that we are the impossible ones.Find it on Amazon